November of 2014 was a cold month in the oilfields of Ohio and West Virginia. It was the middle of November that I started to see the oil and gas industry differently. I remember how I felt as I watched the late night news from the comfort of my in home office as my children slept without a worry safely upstairs. The lead story on the news was an all too familiar one, “Oilfield accident claims 2 lives and others injured, more after the break. “ As I watched the 3 minute news cast, I felt something unexpected, I felt disappointed. I know not the feeling I was expecting either, I was disappointed in myself. Disappointed because until this moment I felt that people dying for a paycheck was too large of a problem for me to do anything about. It was at this moment that the idea of American Energy Heroes was born. I said out loud, “lets be the Wounded Warriors for Energy Workers! “

My first task was crystal clear, diagnose the problem. I first checked with government agency I knew some government agency had the data I needed, I just needed to find it. The research showed that there certainly is a big problem with our workers in the energy exploration business, especially in Oil and Gas with more deaths than I imagined. Below are some of the bleak statistics that I found. According to the BLS, (Bureau of Labor Statistics) between 2003 and 2013, 1,189 oil and gas workers were killed on the job. In 2012, the number of worker deaths in the industry reached an all-time high, with 142 oil and gas workers killed on the job. Traumatic injuries are the most common cause of death in the oil and gas industry, the most common mode being struck by or against tools or equipment according to OSHA. (Occupational Safety Health Administration) To put it mildly I was surprised at the rate these guys are dying. I didn’t really know what I was expecting but I was shocked with my findings, I knew more research was needed.

Aside, from traditional research and number crunching, I also spoke to anyone and everyone to gain some firsthand knowledge of what is going on in our oilfields. I spoke with company owners and contract labors as well as workers in between.  In all of my conversations the people that made the most impact on me are the survivors, the ones that have been left behind because their loved one died in an oil and gas exploration accident. For these folks the problem is all too clear. The survivors that I spoke with say help is certainly needed and needed now. Last spring Jennifer told me about her families all too common painful experience. It’s hard to imagine myself in the position of this young mother of two that had been widowed several years earlier. Jennifer told me that things were really going good for her and her new family. Her husband was excited about his new job in the oilfield, his first after returning from serving in the military. She told me that her husband worked long hours on the rigs, usually 16 – 18 hour shifts regardless of weather or his own health. Two week shifts on location were common. This young woman smiled when she told me how proud she was to have a husband that worked so hard for his family. Although, her tone changed when she slowly started to tell me about the day he never came home. “It was the worst day of my life, all of our plans and dreams stopped that day.” I soon learned that there are thousands of stories like Jennifer’s and that is why helping those left behind on the worst day of their life is where I knew AEH would start to make a difference.

American Energy Heroes vision of where we go next is just as clear to us as the problem itself. We start with funding the funerals of America’s Energy Heroes; simultaneously we begin to raise awareness of the deadly problem in our country’s oilfields. Oil and gas prices are very topical, prices are generally discussed on the news and are part of our nation’s daily conversation. Think about this for a moment, how many times have you talked to friends and family about the price of a gallon of gasoline? What we don’t talk about, the conversation we are not having is the human cost. The conversation about the Heroes that risk their lives daily for all of us. This is a local problem this tragedy is happening in our own backyard. I am calling on you to talk about the human cost and to educate your friends and family on the true cost of a gallon of gasoline. 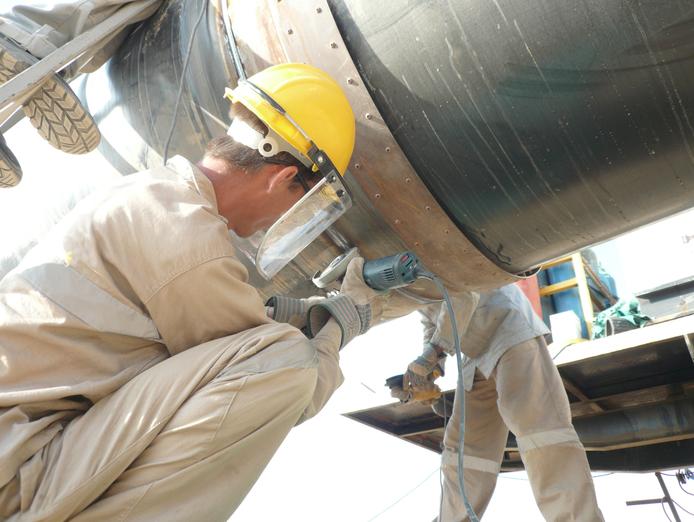 An Open Letter from The CEO of American Energy Heroes